Oslo-based artists Ayatgali Tuleubek (Kazakhstan, 1985) and Tiago Bom (Portugal, 1986) have been appointed curators for the Central Asian Pavilion at the 2013 Venice Biennale.

For the fifth time, Central Asia will be represented at the Biennale by artists from Kazakhstan, Kyrgyzstan, Tajikistan and Uzbekistan, with the Academy of Fine Art/Oslo National Academy of the Arts as the commissioning institution and Hivos (Humanist Institute for Development Cooperation) as partner and main supporter. The project team includes commissioner Vanessa Ohlraun, Dean, and project leader Susanne M. Winterling, Professor of the Academy of Fine Art in Oslo.

The curators will unfold their concept of Winter – inspired by a poem from the influential 19th century Kazakh poet and thinker Abay Qunanbayuli – in the Central Asian Pavilion in Palazzo Malipiero with six artistic statements by eight selected artists. An important part of the programme is the cycle of film screenings, conferences and seminars that will take place in several cities in Central Asia and Oslo, from spring through to autumn 2013, as satellite projects, prior to and during the Biennale. The curators’ programme further includes a website platform for exchange and shared practice, as well as a publication accompanying the exhibition and satellite events.

Abay’s poem ‘Winter’ (1888), though commonly read as a depiction of the natural phenomenon and a traditional lifestyle, will be reinterpreted through its elements as a series of metaphors for the current socio-political situations in Central Asia. The curatorial project Winter will stress the complexity of the region’s current context, by employing tools of a poetical and metaphorical language to achieve a deeper understanding of the regional situation, both from within, and in relation to, the rest of the world. A much-needed light is intended to be shed on historical facts, motivations and desires, represented by the people that inhabit these specific spaces.

As a result of an open call by the curators for artists from Central Asia, the Pavilion will present works by the following:

Visual artists and scenographers Kamilla Kurmanbekova (1986) and Erlan Tuyakov (1985), from Kazakhstan. Both artists graduated from Kazakh National Academy of the Arts and will collaborate on an installation for the pavilion.

Ikuru Kuwajima (1984), originally from Japan, but based in Kazakhstan, works with photography and editorial projects focusing on Central Asia and the former Soviet Union.

Kyrgyzstan-raised multidisciplinary artist Aza Shade (1988) is based in London, where she graduated from Central Saint Martins with a BA in Graphics (Moving Image). Her work plays with dark humour and the absurd, based on dysfunctional childhood, mental disorders and poverty.

Anton Rodin (1988) and Sergey Chutkov (1984) both from Tajikistan, will work on a collaboration. Both artists have a background in linguistics and journalism.

Saodat Ismailova (1981) from Uzbekistan studied filmmaking at Tashkent State Art Institute before joining the cinema department of Fabrica, a communication research centre in Italy. Ismailova is interested in the crossover of fiction and documentary observation, with a special focus on sound and cinematic experimentation.

Vyacheslav Akhunov (1948) from Uzbekistan is one of the most distinguished artists in Central Asia today. As an artist, writer and philosopher his work comprises abstract paintings, installation, performance and video art as well as numerous essays and novels. His recent exhibitions include participation in documenta 13 (2012), the Beirut Art Center (2012) and the New Museum, New York (2011).

Save the date: 13 February 2013 – international press conference and launch presentation of Winter by the curators and guest speakers in Oslo, Norway. 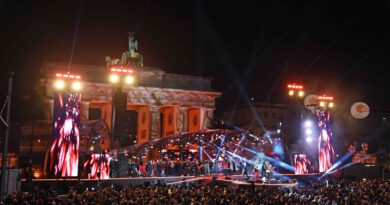